On 31 March the Food Standards Agency (FSA) hosted an open meeting for anyone interested in the future of raw drinking milk. The FSA has been reviewing the regulations on raw milk for the last two years and this meeting was a part of the public consultation which runs until 30 April.

There was a good turnout for the meeting with dairy farmers, cheesemakers, nutritionists, microbiologists, academics and consumers all represented among the more than 150 people present. The discussion was facilitated by BBC Radio 4’s Julian Worricker.

Catherine Brown, Chief Executive of the FSA, spoke briefly at the start and sought to emphasise that the FSA was there to listen. She explained that raw milk was a very important issue for the FSA because of the inter-play between scientific evidence and people’s choices. The point was later reiterated by Tim Bennett, Chair of the FSA, who put it as a balance between keeping consumers safe and consumer choice, much easier in a low risk industry like dairy.

There have been no reported outbreaks of illness associated with raw drinking milk in the UK since 2002 while throughout this period well in excess of 10 million litres of raw drinking milk has been consumed. The absence of any reported outbreak is no accident or coincidence but a credit to the high standards of production applied by today’s raw milk producers. This was the background to the discussion.

The producer’s voice a highlight

Pioneer raw milk producer Steve Hook spoke with passion about his work as a small dairy farmer and brought the proceedings to life. This was, he wryly commented, the second time he had been asked to speak by the FSA. The first occasion was at Westminster Magistrates Court when the FSA prosecuted him (the prosecution was later dropped) for selling raw milk using a vending machine. 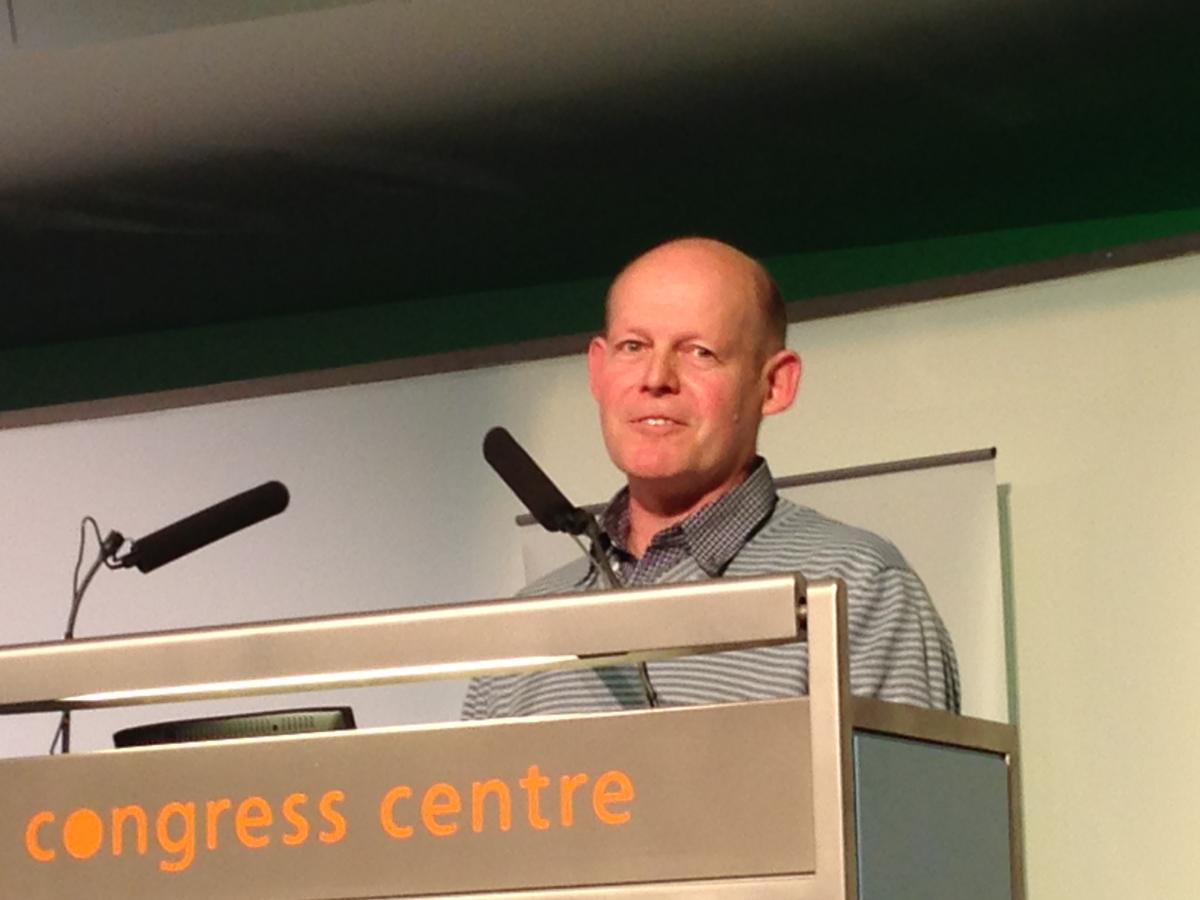 In 2007 Hook and Son was, in common with many small dairy farms, facing difficult times. Milk, even organic pasteurised milk, had become a commodity, losing the value and respect it once carried as an important essential food. On the other hand, raw milk can only be sold by the producer which was great news for Steve since the responsibility for selling milk made him a price-maker, not a price-taker, and he could command a fair price well above commodity prices. Better still, it meant he could have a relationship with his customers and get feedback he had not had before.

Hook and Son now sell locally, at farmers markets and online through their web site. Their raw milk sales, 300,000 litres a year, are approaching a half of all raw drinking milk sales. Although Steve pointed out that if the 10,000 dairy farmers in England and Wales drank their own milk, which seems likely, this would account for a further 7.5m litres of raw milk consumed each year – and no reported problems.

It fell to raw milk consumer and enthusiast Peter Campbell-McBride to highlight the absurdities in the present application of the regulations. Consumers are well-informed, says Peter, and they expect regulation but not when it regulates choice out of existence. The distinction between possibility and probability needs clearly to be drawn. It is possible that raw milk may carry pathogens but the evidence shows that it is not probable.

The distribution of raw milk by means of vending machines helps to satisfy consumer demand. When placed, for example, in a local village shop, it can support both the shop and the farmer, plus it offers convenience for consumers. A farmer can, at present, sell raw milk from the farm, at a farmers’ market and through distributors, so why not sell the same product produced to the same standards through a vending machine? You can if the vending machine is on farm premises, but not if it is down the road. These inconsistencies, argued Peter, need to be addressed, they are not a health issue and simply serve to inconvenience the customer and deny the farmer a much needed route to market.

Encouragingly, the point seemed to register with Steve Wearne, the FSA’s Director of Policy, who commented in the closing discussion:

"… we have the need to get greater clarity about routes to sale and some of the people here have made very compelling arguments around putting the producers own vending machines under their control in a village shop or so on and expanding the routes to sale which would still deliver restrictions, still deliver a product under the control of the farmer from milking to the final package …"

We can only hope that those compelling arguments Steve Wearne refers to find favour with the Board of the FSA. The use of vending machines is a legitimate route to market, the restrictions would remain with raw drinking milk being sold by the farmer as the regulations require, namely “at or from the farm premises … to the final consumer”.  What better than the shortest possible food chain in which to protect the quality and integrity of the milk. Those who framed the legislation did so in a way that has stood the test of time. It has not become outdated and can be confidently applied today as originally intended.

A final word went to Debbie Vernon from Ellie’s Dairy, a producer of raw goats' milk. The focus of the session had been on cow’s milk but the FSA’s preferred option has implications for raw goats’ milk sales. The desire to tidy things up, bring raw milk from all species under the same controls, may appeal at first. The question has to be asked, however, where is the evidence that retail sales of raw goats’ milk need to be stopped? Suffice to say there is no evidence and no justification for such a move.

The FSA must surely have taken away the message that consumers of raw milk are people who are well informed and care passionately about the food they consume. If the FSA is serious about protecting consumer choice, the present confused interpretation of the law should be addressed in a way which makes it clear that vending machines used responsibly are an acceptable route to market beyond the farm.

The FSA’s own survey data reveals that although 19% of those surveyed want to try raw milk, only 3% do so. The consumer demand is there, but will meaningful consumer choice be allowed?

It remains to be seen how much notice the FSA take of the clear messages from this session and what they do next, there are some encouraging signs. If they are not taken on board, the FSA will be dismissing out of hand a significant body of public opinion and will likely end up taking decisions quite unsupported by the evidence.

There has never been a better opportunity for the FSA to collaborate and work with raw milk producers in pursuit of a common aim – the sale of safe and nutritious raw drinking milk. The development of a voluntary code of practice offers a constructive way forward, it is an approach favoured by the FSA in other areas and has much to commend it here.

Tim Bennett indicated that we may get to learn of the outcome later this year in July. Meanwhile, the presentations and discussion are available to watch online.