The number of dairy farms producing raw drinking milk for direct sale to consumers has grown from 114 in 2017 t0 166, a rise of 46% over the last two years.

It is against this background that the Raw Milk Producers Association (RMPA) was launched on 4 March by a group of dairy farmers currently producing and selling raw drinking milk direct to consumers. The Food Standards Agency (FSA) has for some time planned to tighten controls over the sale of raw drinking milk which makes this a timely collaboration between producers who, working with the FSA, can ensure any new controls are reasonable and proportionate. 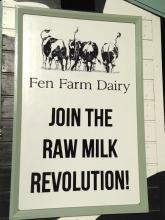 It has been striking to note the rise in recent months of the number of dairy farmers in England, Wales and Northern Ireland who are turning to the direct sale of raw drinking milk. Mostly, it seems, by means of on-farm raw milk vending machines. In March this year there was a total of 114 producers of raw drinking milk registered with the Food Standards Agency (FSA), a figure which has now risen to 158, an increase of almost 39% in a little over six months. 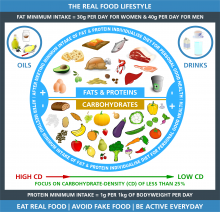 A timely report from Public Health Collaboration on healthy eating caused quite a stir among those responsible for the recently revamped official Eatwell Guide and Public Health England. The report accused major public health bodies of colluding with the food industry and called for a major overhaul of current dietary guidelines. The focus on a low-fat diet fails to address Britain’s obesity crisis. 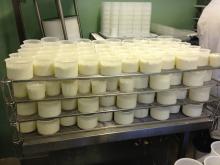 Call by your local farmers’ market and you will likely be greeted by an array of delicious and tempting produce, beautifully and simply presented. The picture painted of simple, good and wholesome real food belies the reality of an ever-growing body of complicated and expensive regulatory control with which small scale food producers must contend. What appears straightforward and simple on the surface, often seems more like a bureaucratic nightmare.

Comparisons can be fraught with difficulty, but all food carries some degree of risk and all risks are relative. Supermarket chicken and raw drinking milk are two foods in the news headlines recently, how do they compare?

The British Poultry Council estimates that in 2013 about 870 million chickens were bred, hatched, reared, and slaughtered in the UK and the equivalent of another 400 million birds were imported, mainly from Europe. A total of 1,270 million. 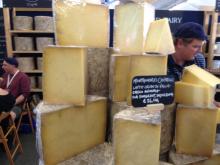 It all rather depends on the country in which you live whether artisan cheese is in the ascendancy or under threat. Happily, in the UK the former is clearly the case, but the picture elsewhere looks mixed at best. Three contrasting news stories have appeared over recent weeks which consider the future of small scale raw milk cheese production and raise important questions. 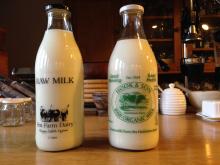 The pasteurisation of all milk cannot be justified and raw milk vending machines have a place – say the Food Standards Agency.

The Food Standards Agency’s (FSA) consultation undertaken as a part of its review of the controls governing the sale of raw drinking milk and cream closed on 30 April. True to its word, the FSA published the outcome of this consultation last Friday. Steve Wearne, the FSA’s Director of Food Safety, summarises the outcome in a report for consideration by the Board of the FSA later this month.